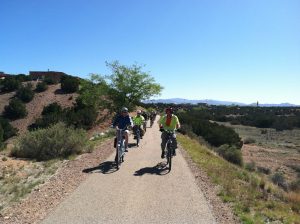 About 20 participants travelled on all or some of an eight-mile route showcasing trails and on-road bike facilities on Santa Fe’s South Side.

Starting and ending at the South Side Library, the ride was organized and led by Tim Rogers of SFCT and supported by Clemente MacFarlane of Sirius Cycles, at the starting point, and Charlie O’Leary of SFCT at the mid-way point.  The route included:

Paul Cooley checks out the Relief Route’s “Equestrian Underpass” for the City’s MRC Trail, a little-known facility that may someday be improved and integrated into the County’s “Camino Real Retracement Trail.” 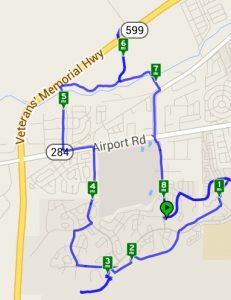 An eight-mile tour of calm roads, trails, and bike lanes on Santa Fe’s South Side. 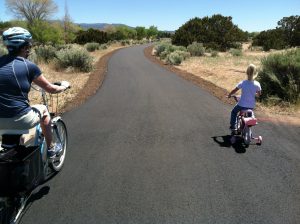 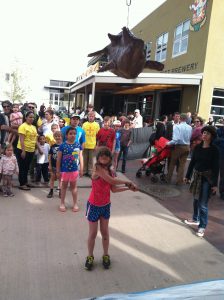 Taking a shot at the goathead piñata on Bike to Work Day, Fri., May 16, at the Railyard Plaza.