The Santa Fe Conservation Trust (SFCT) was envisioned over breakfast discussions at the Tecolote Café with Bill deBuys, Leslie Barclay and Margo Cutler in the early 1990s.  It blossomed under Dale Ball’s leadership in 1993 when Atalaya Peak was going to be developed and a road had been bladed across its face, visible from everywhere in Santa Fe.  It took an Act of Congress to resolve the Atalaya issue, so in 1994, former Secretary of the Interior Stewart Udall joined the board to help, staying on for nine years.  Thanks to the support of these founders and many people like you who care about protecting our natural environment, SFCT continues to preserve the land and cultural sites that tell the story of place, keep our air and water clean, protect wildlife habitat, defend scenic views and provide open space for recreation and enjoyment.

SFCT’s trails program brings a wonderful balance to this work, providing opportunities for the community to have a direct connection to nature.  Walter Ganz, a board member starting in 1996, oversaw SFCT’s first trail project, the improvement of the Atalaya Trail.  From there, SFCT had a hand in the development of 75 miles of dirt trails for outdoor recreation and enjoyment.  Today, hundreds of volunteers, led by SFCT’s trails manager, maintain the trails.  And we offer hikes, field trips, community cruises and urban walks to  ensure equitable and inclusive use of Santa Fe’s amazing trails.

Here’s a timeline of SFCT’s accomplishments since its founding in 1993. 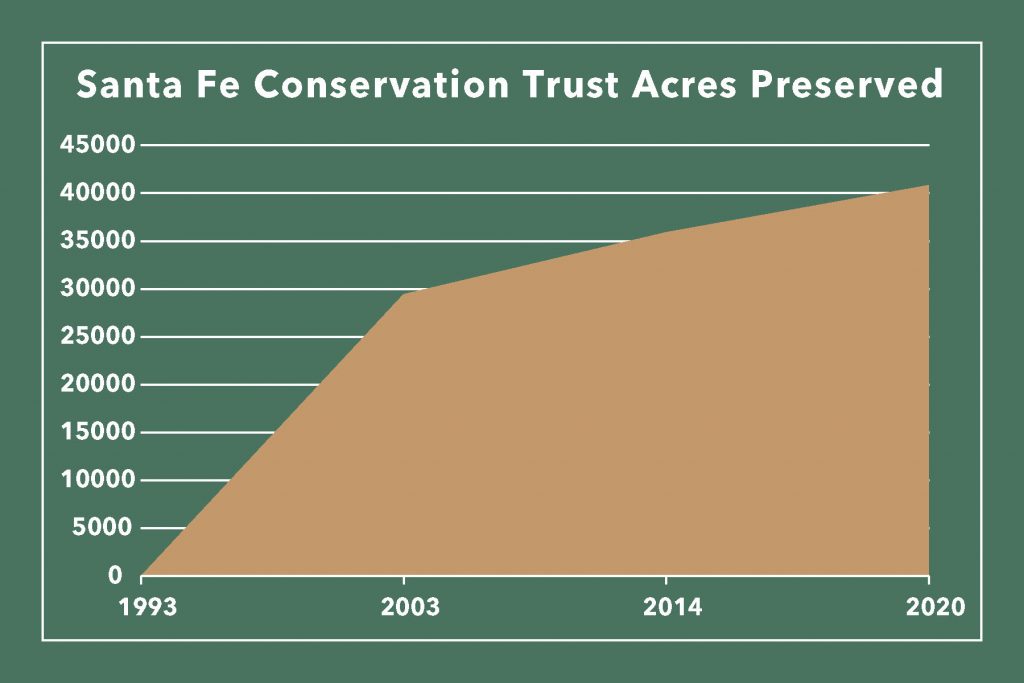 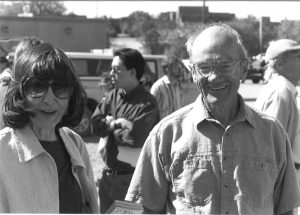 1997-1998 – SFCT works with the State and Santa Fe County to purchase a 12-mile easement along the Santa Fe Southern Railway line between Santa Fe and Lamy to create the Rail Trail.

1999-2002 – SFCT works with the County on the Spur Trail to connect the Santa Fe Community College to the Rail Trail.  Negotiations include trail crossings on the Veteran’s Memorial Bypass (599). 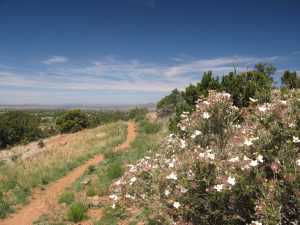 2004 – SFCT is awarded the Piñon Award for Excellence in the Environment.

2007-2010 – SFCT joins a community-wide effort to protect the west side of Sun Mountain from development, creating City Open Space and a conservation easement held by SFCT.

2008 – Successfully lobbied against the Oil and Gas exploration in the Galisteo Basin, leading to the moratorium. Dark Skies program launched. 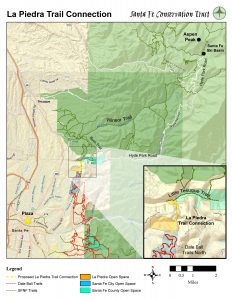 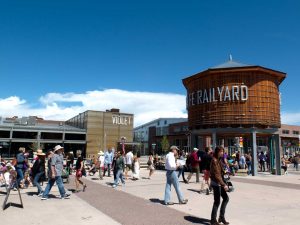 2016 – SFCT is awarded the Mayor’s Sustainability Award for transportation under the Trails Program.

2017 – SFCT is awarded the Mayor’s Sustainability Award for environmental protection.