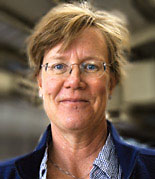 Sarah Noss is a native of Santa Fe and brings decades of experience in both organizational advancement and program development to the Santa Fe Conservation Trust.  After graduating from Stanford University, she returned to Santa Fe, where she worked for many years in advertising as vice president of Creative Images.  After a brief stint in Paris, she came back to the States and ended up in Chicago for almost a decade where she worked in advertising and promotions in the publishing industry.  She returned to Santa Fe in the early 90s and worked for a variety of nonprofits as a writer, consultant, fundraiser and grant writer.  She worked for four years at St. Vincent Hospital Foundation and was responsible for raising the money for the Healing Garden at the Cancer Treatment Center and for creating and funding the Doula Program of childbirth assistants.  She helped to fund the Sexual Assault Nurse Examiner unit at the hospital and worked on the capital campaign for the renovation of the OB/GYN unit.  After the hospital, Sarah was the development director at Cornerstones Community Partnerships, an historic preservation nonprofit, and from there became the executive director of the Santa Fe Farmers’ Market Institute, where she served from 2005 to 2013.  During her tenure, the $5 million Farmers’ Market Building in the Railyard was conceived, funded and completed.  She also initiated the Institute’s programs to support the farmers of northern New Mexico and getting fresh food to as many people in the community as possible.  Prior to becoming the executive director at the Santa Fe Conservation Trust in 2016, Sarah worked as a nonprofit consultant, helping Kitchen Angels conceive and implement its $1.3 million capital campaign to purchase and expand its facility. 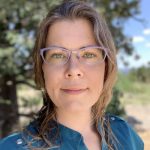 Melissa Houser is an avid outdoorswoman, researcher, conservationist, environmentalist, and vegan chef. Melissa is grateful to assist the Santa Fe Conservation Trust in preserving and connecting her local stomping grounds of northern New Mexico.  In addition to the conservation and stewardship experience gained working for SFCT since 2009, Melissa has experience in the areas of financial administration, office management, database system administration, customer service and marketing.  With a Master of Philosophy from Trinity College Dublin, Ireland and a Bachelor of Arts from Pitzer College Melissa obtained solid training in research, writing, proofreading and analysis.  Melissa’s background in theatre and sales give her exceptional communication, organizational and computer skills. In addition to working for SFCT, Melissa serves as the Board Treasurer for Keep Santa Fe Beautiful and as a Community Board member for the Santa Fe Farmers’ Market. 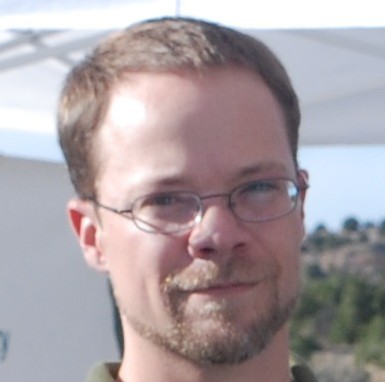 A native Santa Fean, McAllister grew up in Galisteo where he learned to love the land; he went on to graduate from St. John’s College in Santa Fe, where he learned to love old books. Previous to his employment at SFCT, he spent eight years involved in printing, editing, research and graphic design.  McAllister looks forward to working in land conservation and occasionally being allowed to play in the dirt. 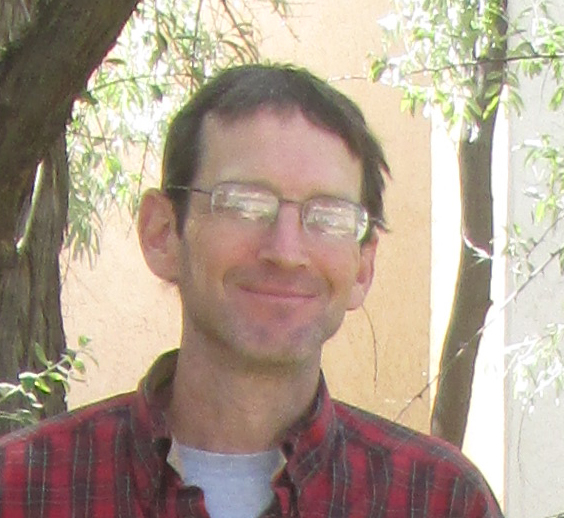 Tim Rogers is well-known in the Santa Fe area for his long-standing “Community Cruise” bicycle rides and for creating the Santa Fe Metropolitan Bicycle Master Plan, which was adopted by the City and County in 2012.  Tim has Master’s Degrees in Community and Regional Planning as well as Latin American Studies from the University of New Mexico, and brings over twenty years of experience working in the public sector, including roughly five years each for the New Mexico Department of Health and the New Mexico Department of Transportation, where he served as our state bicycle-pedestrian coordinator from 2003-2008.  Tim has an additional ten years of experience working as a planning consultant to the New Mexico Department of Health, the Santa Fe Metropolitan Planning Organization, UNM’s Prevention Research Center, and community partners around the state to help New Mexicans plan for and promote walking and bicycling as “active transportation.”

In 2019, Tim helped organize a second NM Rail History Celebration in Santa Fe, including presenting on rails-to-trails and rail trail opportunities throughout the state, in Historic Rails and Trails.  This was an expansion on Santa Fe-focused material Tim had presented in 2015, Rail Trails as Creative Heritage Trails.  In 2016, Tim was honored for his long record of local advocacy work with the “Gail Ryba Bicycling Advocate of the Year Award.”  In 2015, Tim received national recognition for his statewide work to promote physically-active transportation in the form of the National Association of Chronic Disease Directors‘ “Cullen Award.” 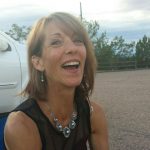 Over the past 13 years living in Santa Fe, Joanne has worked as a consultant with over 20 nonprofit organizations in the areas of fundraising, event planning, strategic planning, program development, marketing, and volunteer management. For seven of those years, her work was devoted to the Santa Fe Farmers’ Market Institute. Prior to making the move to New Mexico, she lived in New Hampshire for 16 years, first as owner of a health promotion/wellness business and after, as an administrator for 22 schools in the Manchester school district – the largest district in the state – coordinating a federal prevention program focused upon youth behaviors. Building upon the community involvement that took place in this federally funded initiative, she founded and became Executive Director of a nonprofit organization that formed a coalition of over 100 organizations and businesses to implement strategies for the positive development of youth. When recruited to work for the Student Conservation Association (SCA) as the Northeast Regional Director, she traveled between New England, New York, and New Jersey to oversee SCA’s initiatives in the eight-state region.

Joanne has always been a “teacher” of one kind or another — her first professional role was high school teaching and after her graduate degree taught for the University of Illinois. She now spends some of her time teaching meditation and spiritual development through Buddhism and many other traditions. 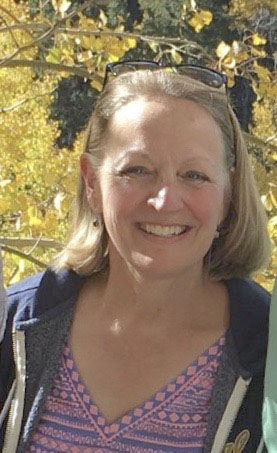 Beth relocated to New Mexico in early 2018 and is thrilled to call Santa Fe home. She grew up in New England, graduated from the University of Massachusetts-Amherst then headed to California to join the National Park Service as an interpretive ranger.  She later moved to Germany for a position in outdoor recreation as a civilian employee of US Army-Europe.   In addition to working in the public sector, Beth held management positions in several nonprofit organizations focused on advancing safe housing, environmental education, arts awareness and park preservation. Most recently she held the position of Vice President for Philanthropy at the Gettysburg Foundation and was a board member of the Land Conservancy of Adams County in Gettysburg PA.  Currently Beth serves on the Friends of Pecos National Historical Park board and the Santa Fe Water Conservation Committee.  When not in the office you will find Beth hiking throughout beautiful northern New Mexico. 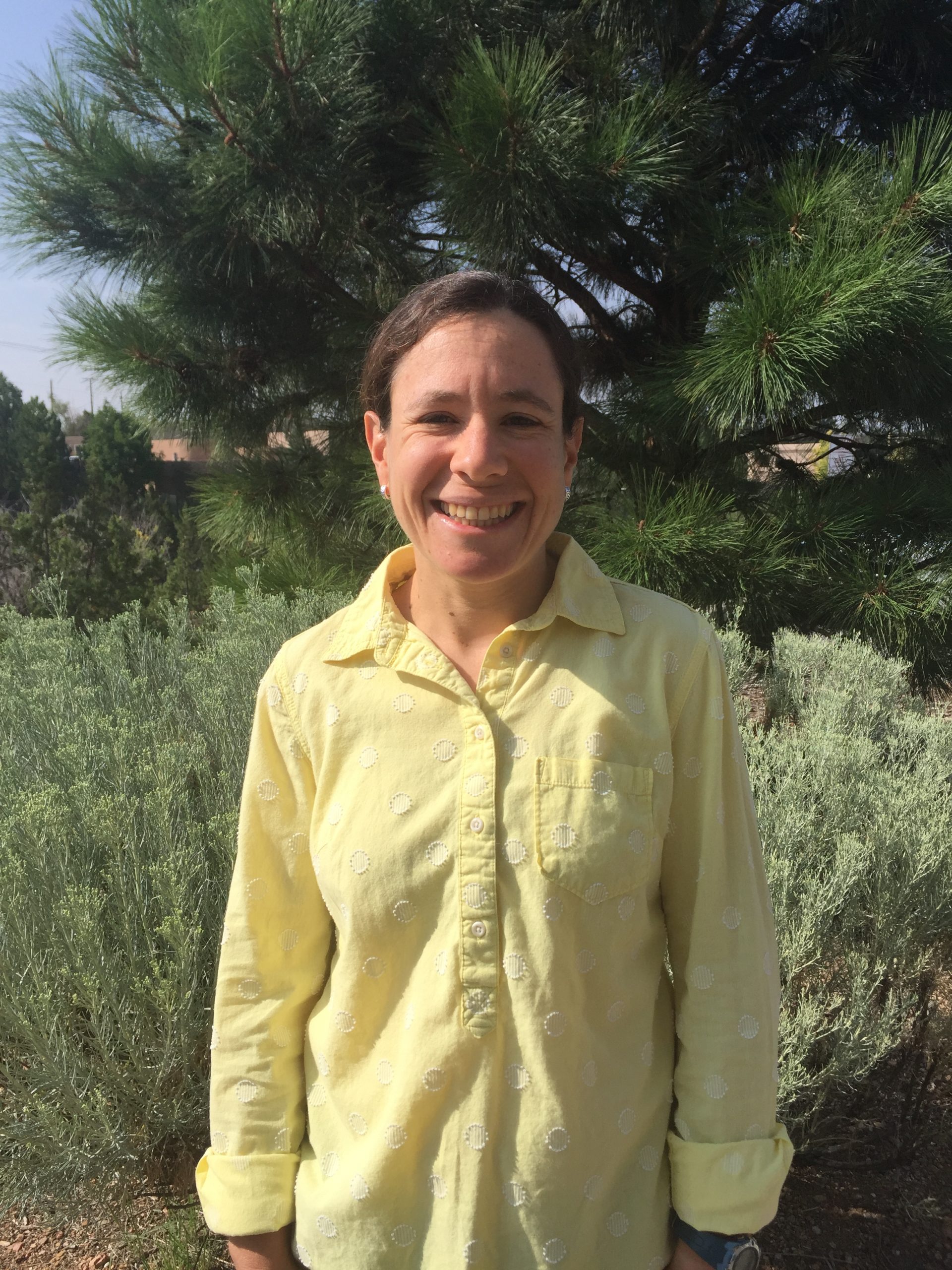 Ariel is thrilled to be working with SFCT to conserve the special places and beautiful landscapes of northern New Mexico. She grew up in San Diego and came to love wide open spaces on family road trips around the West. After college and grad school on the east coast, Ariel was lucky to land in Santa Fe working on conservation easement stewardship for the New Mexico Land Conservancy. She then returned to California for a time, doing land protection work for Sonoma Land Trust, before being drawn back to the Land of Enchantment. Ariel is inspired by the connection of people to place and by the potential for conservation to bring people together. In her free time she loves running, hiking, and being yanked here and there by her aging New Mexico Brown Dog. (He is happy to be home.) 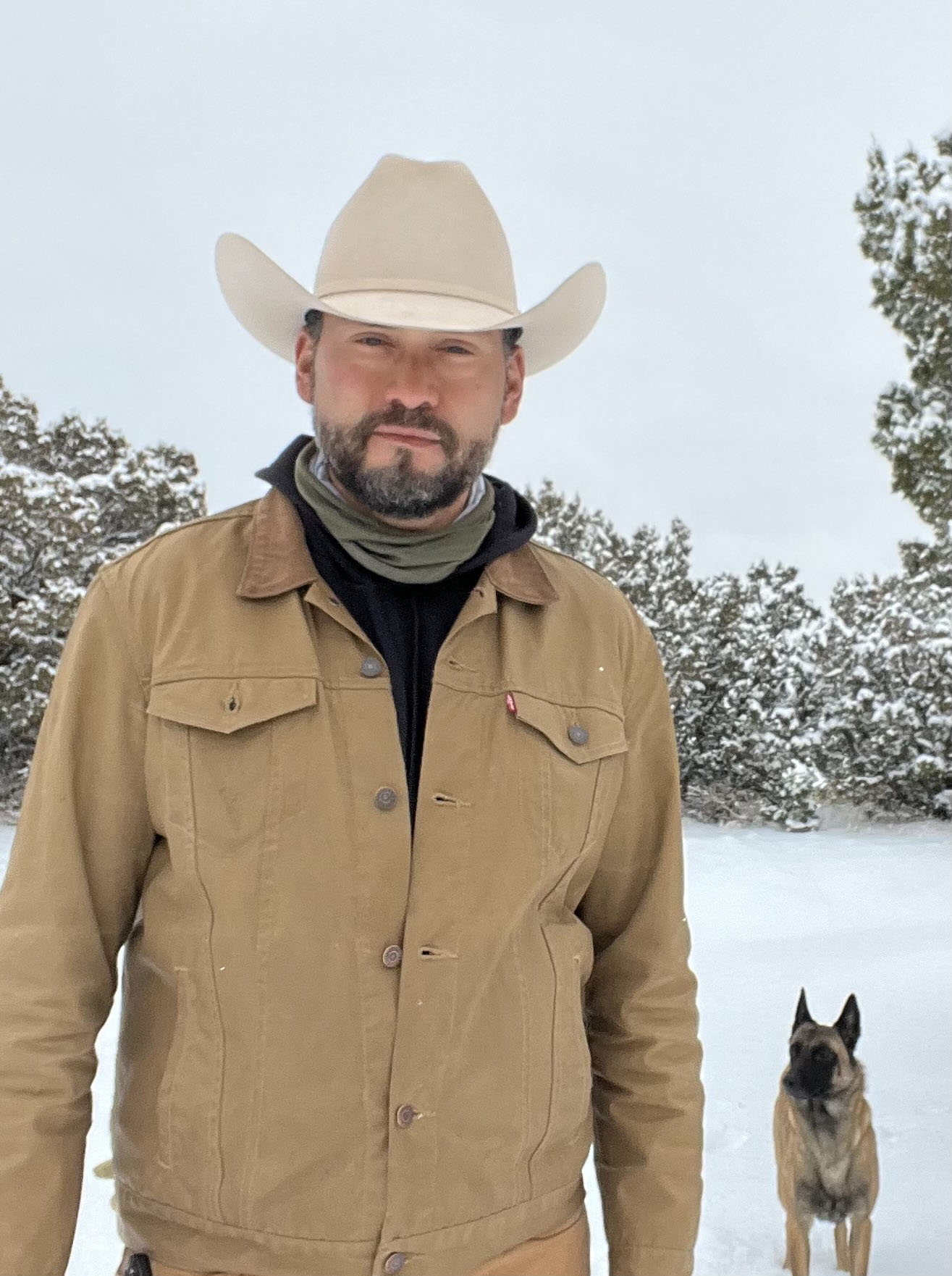 Christian grew up in Texas and southern New Mexico.  As a Boy Scout and Royal Ranger, he began to study and fell in love with nature.  A student of wilderness survival, farrier science, horsemanship and tracking, he spent most of his young life pursuing those passions by seeking mentors, practicing his skills in the woods, and working on area ranches.  He earned his Bachelor of Science degree in Biology at New Mexico State University.  While at NMSU he played in bands, and worked as a research assistant, conducting both lab and field work with guidance of his mentor Dr. Kevin Oshima, professors and veterinarians.  Eventually Christian formed the band, Next 2 the Tracks.  A mix of rock, blues, and outlaw country, Next 2 the Tracks toured the United States opening for acts such as, Marshall Tucker Band, Molly Hatchet, The Outlaws and others.  During these tours, Christian saw the effects of modern civilization on nature and wildlife, which inspired him to focus his songwriting on addressing man’s impact on nature.  After touring with Next 2 the Tracks for several years, Christian moved to Santa Fe for the city’s art, culture, proximity to the mountains, and to work on his band’s next album.  During this time, he became a volunteer with the Santa Fe Conservation Trust and a member of the Pajarito K9 Search and Rescue team.  Christian joined SFCT in early 2022 as their Community Engagement Specialist and is excited to connect with people in the region to preserve the beautiful spaces of northern New Mexico and inspire others to do the same.