Neighborhoods and Trails: Why Trails?

Professional trail planners and their academic counterparts have contributed many studies on the positive advantages of trails.  The literature of trail negatives is less robust, but still, a great deal of social science has been devoted to explaining the impact of trails on everything from economics to ecologies.  What follows is a survey of the most recent papers on the issues that come up in policy decisions and public meetings on trail development. Surveys have been done before (see Williams, 2003) but this paper updates previous surveys and adds interviews with local (Santa Fe, New Mexico) police personnel.

To get an overview of state and federal policies and statutes that might impact the work, Eyler, 2008 presents case studies of six trail projects which cover a myriad of governmental issues.  Public policy, from zoning ordinances to liability, is explored.  Eyler also sites examples where elected officials were key components in getting trails built, a constituency, which may be over-looked by trails advocates.

Trails are not crime-free.  However, studies show that crime rates are lower on trails than in other environments.   For example, one-half of all robberies occur on streets and one-half of all rapes occur in the home. No one avoids constructing streets and building homes to deter crime so trails need to be regarded with the same standards.  The perception that crime occurs on dark and hidden parts of trails is common.  However, a study that addresses this particular fear, establishes that it is unfounded (Eakin, 2001).

Perceptions of privacy issues are closely tied to property rights and values (see the next section).  Careful planning is needed to allay fears that trail users will affect homeowners’ sense of privacy.  Fencing, shrubbery and careful routing can all be used but need to be communicated to those involved.  The best solutions are ones that include the individual property owners’ wishes.

Studies of how the value of homes near trails focus on perceptions of property owners, real estate agents, and buyers.  Fewer studies of actual home values are available.  Among perceptions of value, most owners and agents feel that trails either increase or do not affect home values. In addition, several studies have found that trails near commercial areas brought increased profits.  For example,

The literature of a trails’ impact on local ecology go both ways:  alternative transportation networks like trails can reduce carbon emissions, but trails take humans into conflict with local flora and fauna (see Habitat Degradation below).

A rigorous study of bird habitat along rail trails in Nebraska has produced a lot of data (Poague, 2000).  Scientific studies appear to focus on individual species so if there is a question about a particular type of animal, it may be hard to make generalizations.  In many cases, trail builders focus on the safety and aesthetics for hikers, walkers, and bikers rather than animals (Poague 2000). Here’s what we know about bird abundance and trails:

The Rails-to-Trails Conservancy web site, http://www.trailsandgreenways.org gives an overview of methods to acquire property for trails.  Trail advocates know that one of the main challenges to getting trails built is the myriad of private and public landowners who must cooperate.   Locally, the Santa Fe Conservation Trust, has expert staff who can give advice on how to acquire trail easements in specific cases in northern New Mexico.

For example, a release from liability can be useful, but homeowners and agency administrators may be reluctant to sign anything.  Municipal “umbrella” policies are helpful and claims virtually unknown. (Eyler, 2008, p. 423)

IX.  Exceptionalism–this case is different! And some good trail facts…

X.  What the public wants and what it doesn’t

At least one study carefully identifies what people want on trails and what they don’t.  These preferences don’t necessarily increase trail use or enhance the experience, but they do reveal what matters most in a public hearing (Reynolds, 2007) 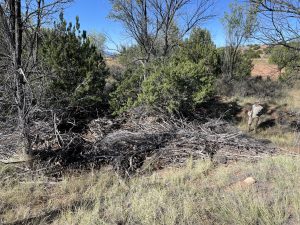 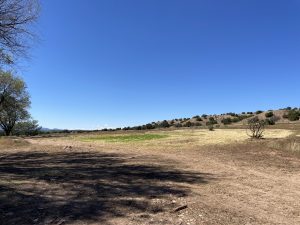 Participants will be assisting with monitoring of the seeding including taking soil samples at the rangeland restoration site at the Conservation Homestead. Gloves, tools and lunch will be provided. Activities will take place on uneven[...]
View Calendar