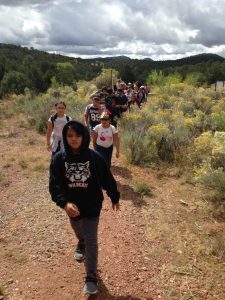 In October we continued activities under the “Passport to Trails” program by bringing seven classes of 4th and 5th Graders from south-side schools to the north section of Dale Ball Trails.  With the arrival of Mr. Barbero’s Fifth-Graders from El Camino Real Academy on Oct. 18, we surpassed the mark of 2,000 kids visiting city trails with us since we started our work for the City of Santa Fe in 2014.

Each trip included discussion of trail etiquette, flora and fauna, and the history and role of our trails and open space to serve the health and recreation needs of all residents of Santa Fe as well as visitors to our city.  Four of the seven classes were “bilingual,” meaning that the hikes were conducted primarily in Spanish.  Every participant got a Dale Ball Trails sticker to put into their “Passport to Trails” on the way to the prize of a hydration pack.  Thanks go to Partners in Education for arranging the bus trips! 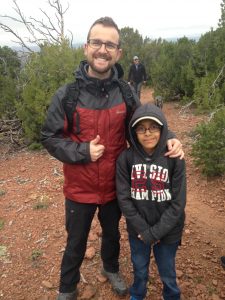 Mr. Barbero with Santiago, a Fifth Grader from El Camino Real Academy who was the 2000th kid to come out on a field trip with SFCT since the Passport to Trails program began in 2014

We squeezed in the final day of field trips on Oct. 30 – one day before Santa Fe was hit by a cold front and snowstorm.  As we hiked, some of Mr. Bowlin’s Fifth-Graders from Nina Otero Community School started working on a rap song that begins with “I’m Lichen the Moss.” 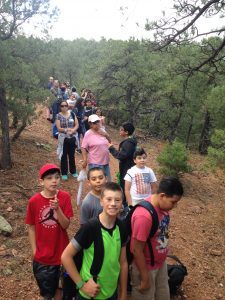 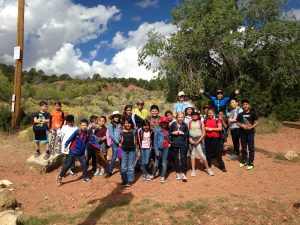