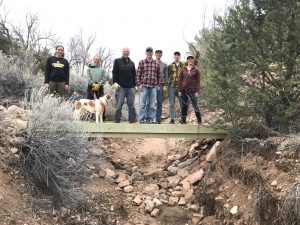 On the evenings of March 16 and 17, in lieu of the cancelled showing of the Banff Film Festival, the Trail Program Manager met with a small group of members of the Santa Fe Fat Tire Society to install a long-awaited footbridge crossing the Cañada Ancha, the arroyo along Hyde Park Rd. 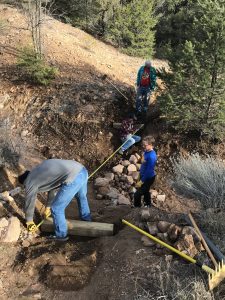 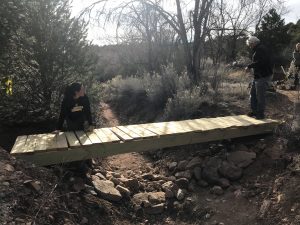 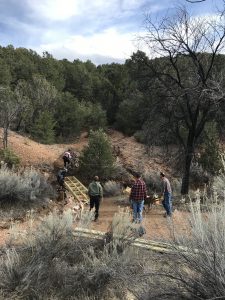 Thanks to the initiative, expertise, and materials provided by SFFTS members, we now have a far more reasonable and user-friendly way for hikers and mountain-bikers to cross this sharply-incised arroyo between Junctions 10 and 11 of Dale Ball Trails. 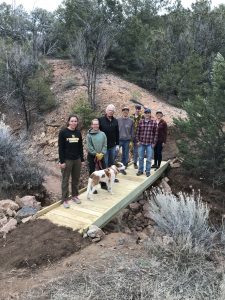 This marks the fifth footbridge that we have put in with SFFTS assistance since 2015 to connect city trails, streets and open space!

Later in April and early May, small groups of volunteers returned to make improvements to this “arroyo trail” along the Cañada Ancha, which is part of a longer alignment parallel to Hyde Park Rd. that is recognized by the City and County as the “Sarah Williams Trail.”  On April 29, volunteers worked to provide a consistent tread outside of the arroyo and to minimize the number of times users needed to cross the arroyo in order to connect the two parts of Dale Ball Trails that lie upstream and downstream within city open space.

On May 6, volunteers returned to install wayfinding signage at the upstream end (between Junctions 12 and 13) and to mitigate erosion issues on the way toward Junction 12.  This work day also included re-installing a wayfinding post on the north section of Dale Ball Trails, near Junction 2, and through coordination with Santa Fe County, installing a wayfinding sign on the La Piedra Trail to keep southbound users on track to Junction C rather than heading down the Arroyo de la Piedra. 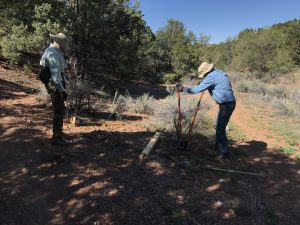 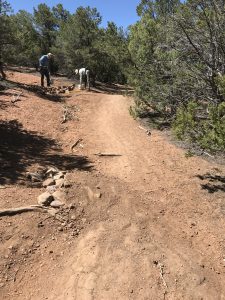 Another “family” trail work day in the southern part of Dale Ball Trails on April 27 focused on mitigating erosion on the steep, ridgeline trail climbing from Junction 44 to Junction 38. 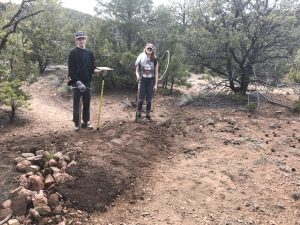 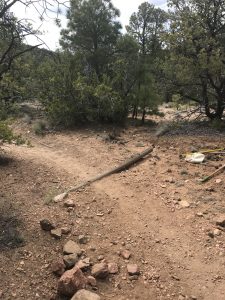